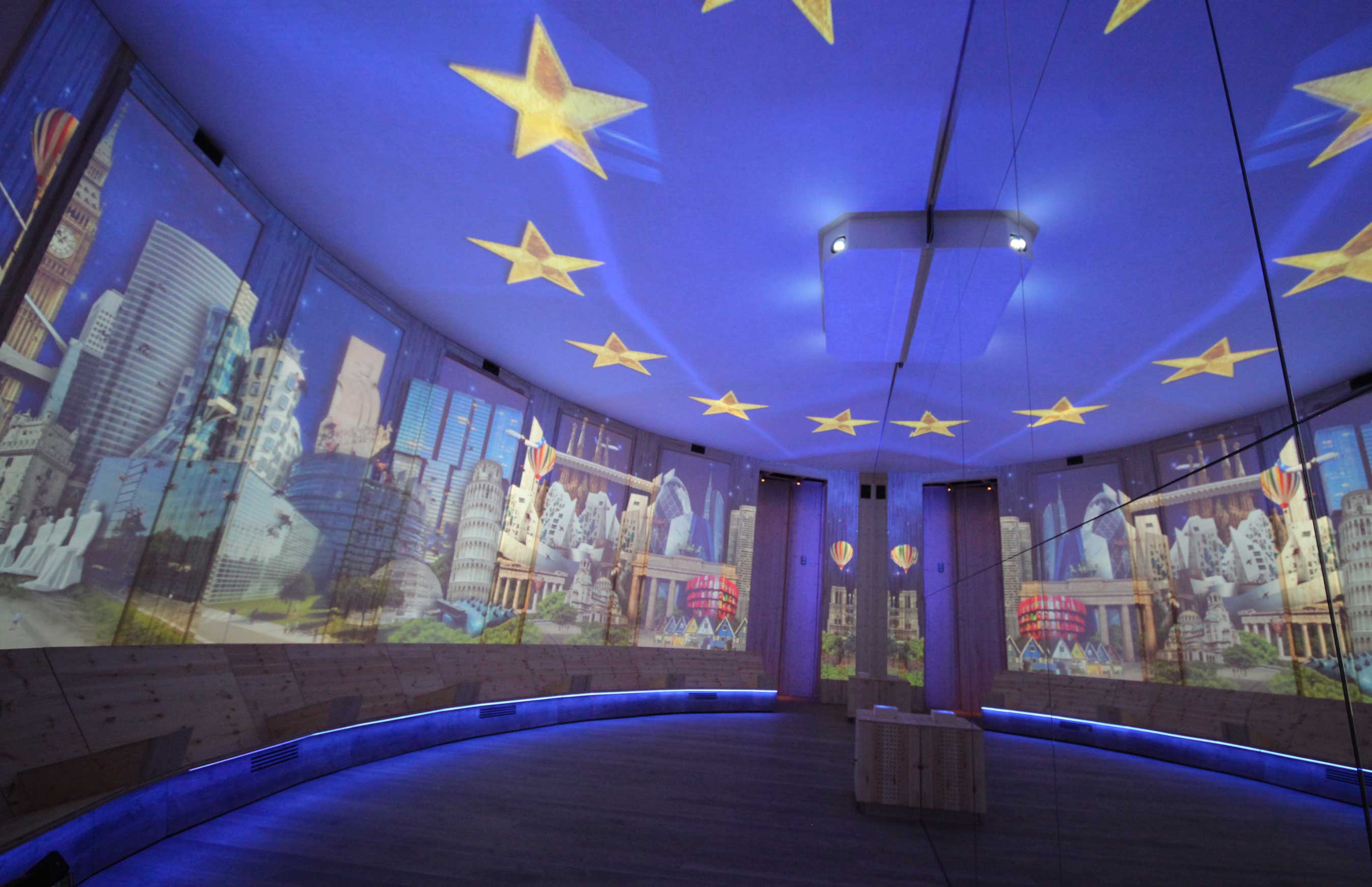 The visitor discovers a new historic piece setting forward, over time, the development of Europe. The Globe, an interactive space of dynamic cartography proposes finding Europe’s migratory flows, geopolitics, and citizens. The Path of Europe explained around three periods redraws the friction of Europe’s fulfillment. From 1945-1961: a peace to be won, from 1961-1989: a model to be created, and so on… Ultimately, the Forum allows seeing a 360 ° vidéomapping where the visitor can create its own vision of Europe.

THE FORUM: 1st FRENCH VIDEOMAPPING WITHIN A PERMANENT EXHIBITION

The Forum is a space which travels in time in the European space and by images on the ground, on the ceiling and on the circular walls, the visitor dives at the center of the history of the European flag. All along the tour, the visitor becomes a player through its audio-guide tablet. Inquired about the future of Europe, the visitor votes, choose, organizes priorities, and understands the processes of interaction. Its portrait appears beside the founders of Europe. Little by little the images become blurred giving entrance to the game: what limits should be given to Europe? What is the definition of Europe? What new countries do we accept in Europe? How can a European citizen be at the origin of an European law? As to the question of Europe, the visitor is challenged to take an individual opinion. The visit ends with a 7 minutes film, with the perspectives of an evolving Europe: A plea for a Europe as a synonym of solidarity, cultural, human exchanges, social and environmental progress.

You can read the rest of the press release.